View the Herald Photos of the '50s and '60s in CONTENTdm

The photographs found in this collection were taken for the most part by three photojournalists who worked for the Everett Herald. They are Jim Leo, Ray Waters, and Ken Knudson.

These 131 digital images come from several film formats but mostly 4 x 5 black and white sheet film negatives.They were selected from a collection of roughly 7,000 stored at the Herald. To help narrow down the selection process, it was decided to focus on the 1950s and 60s.

Jim Leo, the only photographer still living among the three when this project began, generously provided personal accounts and insight into his photographs. Leo began working at the Herald in 1954 and worked there 45 years until his retirement in 1996. His first job at the Herald was peddling papers, at which time he noticed the photos of fires were always taken the day after the incident.

When Leo discovered a police/fire monitor in a radio catalog, he sent away for one and was soon able to hear about fires and accidents when they happened. Using a camera his parents had given him, Leo set out photographing. When the Herald building was rebuilt after the original burned down, Leo was hired on as a staff photographer. Leo still wore a police radio and was well known amongst police and firemen in Everett until his death in 2008. 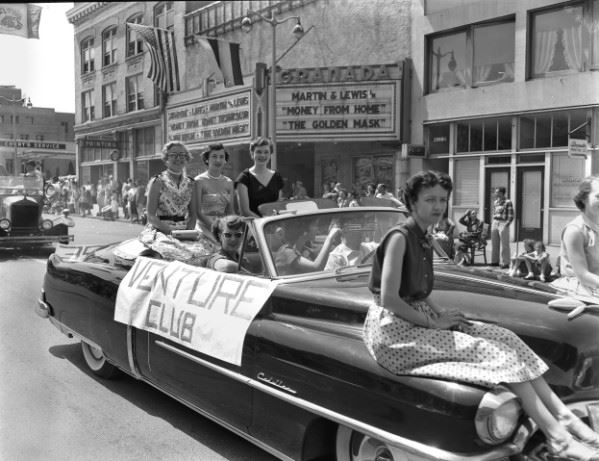 The 1950s and 60s were decades of great change in the United States as well as internationally. The fear of war with Communist countries hovered over such technological and scientific achievements as air travel, space travel, and advances in telecommunications.

Everett's location on the Northwest Coast no doubt increased citizen fear of possible enemy attack. The city's lumber and fishing trade were still dominant, particularly with the strength of the Weyerhaeuser Corporation, and other businesses such as Alaska Airlines and Boeing helped the city grow.

While newspapers of the time period depended on wire services for national and international coverage, much of their business was reporting the local beat. The Herald during this period is rich in local color and personalities. Like any American city, the people of Everett found wholesome activities to make the best of the tense international situation. Forms of entertainment included the Small Fry Races at Stevens Pass, air shows at Paine field, ice skating, sports, and of course the Miss Everett pageant.