View the King and Baskerville Collection in CONTENTdm. 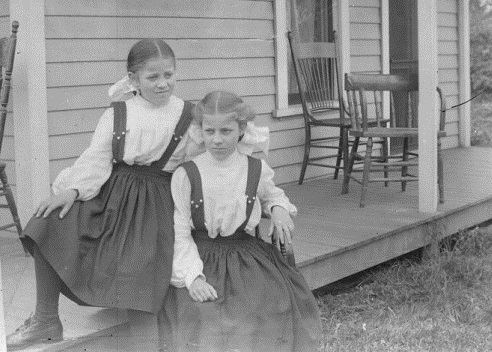 The firm of R. King and D. W. Baskerville arrived in Everett in January of 1892. Through their lenses, the ragged edges of frontier industrialization were shaped into appealing glimpses of rambunctious human spirit, often balancing the disorder of their selected scenes with an elegant and dramatic composition.

Few photographers who were to follow captured Everett with equal spark, and it is surprising that this partnership seems to have lasted for only a few months. The firm was officially dissolved by mutual consent on June 8, l892, an event announced in the Everett Herald the following day. The newspaper item stated that Baskerville would continue the business, but by the time the first city directory was compiled late that fall, he had left town. King is known to have been active in Watertown, South Dakota during the 1880s, and it is likely that he worked in other parts of Washington after his Everett stay.

Despite the short duration of King and Baskerville's time in Everett, the images they created have been saved and treasured in several forms over the years. Views were assembled into special scrapbooks, and early residents kept individual mounted prints from this series. Photographer John Juleen copied some during the 1920s for use in William Whitefields’s “History of Snohomish County”.

The Everett Public Library added copies to its collection in l974, and in the 1980s purchased the original glass negatives from Everett antique dealer Bill Skinner. Linking King and Baskerville to these remarkable pictures of the Everett Boom was a slow process. From 1890s newspapers, it was known that J. H. Blome, a photographer from San Jose, worked in Everett from April through November of 1892 and that he acquired some of the King and Baskerville negatives at the time of their departure. It is assumed that some of the glass negatives purchased by Mr. Skinner were the work of Blome. 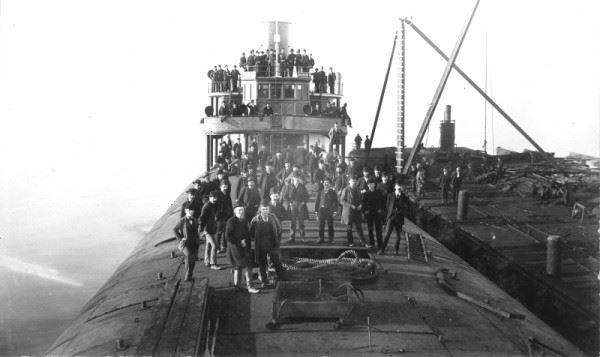 Format and style, however, were the keys to King and Baskerville’s work. They used a 5 x 8 inch plate that is slightly panoramic and was known at the time as a “Boudoir” print when trimmed and mounted on a 5 x 8 card. Prints were made by the Printing Out method; exposure to sunlight produced the image without developer. Images were gold toned, producing a rich, warm brown color.

Prints in the photo albums were carefully dated, and newspaper research verified a correspondence of these dates with the known activity of the studio. Gradually mounted prints in the series were found bearing the King and Baskerville Studio stamp on the reverse, indicating that the firm was responsible for the more than one hundred 5 x 8 views of Everett and Snohomish County taken during the first months of 1892.

No portraits have been found of either photographer, though it is curious to note that the same individual appears in a dozen of their views taken. It is a reasonable assumption that this person was an assistant or possibly King or Baskerville.

What makes a series of photographs enduring can be analyzed, but in the end it is often hard to determine. Certainly the photographers had an eye for balance and composition, and they understood their craft. But their art surpasses technical achievement, making us believe we are seeing more than emulsion on glass. Time and again we return to them as if they were new.