Eccentric, Libertarian, cantankerous, opinionated, insane, brilliant; there are many words that have been used to describe the late Snohomish author, John Patric. Perhaps the most accurate description for Patric’s life would be “controversial.” 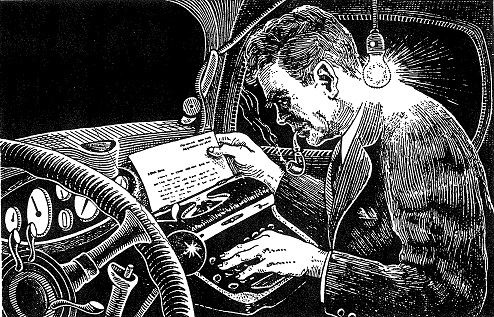 John Patric was born on May 22, 1902 in the town of Snohomish, Washington. His earliest years were spent living on the second floor of the library; his mother, Emmeline Eleanor Crueger was the town’s first librarian. Patric’s father, Arthur Noah Patric owned and operated a hardware store in Snohomish, which remained in the family for decades. The Patric family had five children, four of whom survived into adulthood.

By all appearances, John Patric’s childhood seems to have been a fairly stable one, enriched by his adventuresome spirit and a freedom to roam as he pleased. According to his unpublished manuscript, “Hobo Years,” young John spent much of his time exploring with other boys from Snohomish, and frequently picked up odd jobs over the summer to fund his activities.

By the time Patric was in high school, he was itching to leave his small-town home. One summer he ran away to ride the rails, living as a hobo on a trip that took him all the way to Mexico and back. Upon his return to Snohomish, Patric re-entered Snohomish High School for his senior year, where he was elected student body President and graduated as his class’s valedictorian. His return to Snohomish proved to be temporary, and once again Patric hit the road.

Patric’s late teens and early 20s took him all over the United States, and formed the bulk of the material later included in “Hobo Years.” Much of this time was spent pursuing higher education at different universities, and building a reputation for his skill as a journalist. At the young age of 18, Patric was already listed in the “Who’s Who of Washington Journalists” for his work with The Snohomish Tribune. By the end of this period, Patric had attended universities in at least seven different states, never graduating from any; later he would claim that he had been expelled from eight different schools. 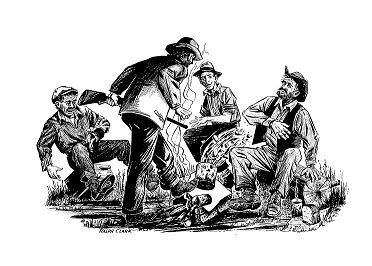 During the Great Depression, Patric made his living as a traveling salesman, living out of his car and selling rubber stamps. After saving up $400, Patric left to travel through Japan, living on a paper-thin budget. Over the next two years, Patric would work his way through Japan, as well as China and Korea, penning articles for the National Geographic about his experiences. In 1943 Patric recounted his life in Asia in his best-selling book “Yankee Hobo in the Orient,” originally published as “Why Japan was Strong.”

Patric spent the years leading up to the outbreak of World War II traveling Europe, continuing to write for National Geographic; of particular note during this time was his work covering Benito Mussolini’s Italy, the conditions in pre-war Czechoslovakia, and wartime shipyard production in the United States for Reader’s Digest. This last topic earned him an invitation to testify at a Congressional hearing, where he controversially argued that Union rules were slowing production. Patric also at one point offered his services to the United States as a spy, but those offers were declined.

It was while Patric was doing his wartime reporting that he started spending more time at his recently-purchased remote property in Oregon. At his ranch on Frying Pan Creek, Patric lived very frugally, and spent increasing amounts of time working alone. It was during this period that Patric compiled his unpublished “Hobo Years” manuscript, which reached 47 chapters at an estimated 500 pages. Patric also wrote frequent letters to the editors of different newspapers. In one such letter, submitted to the Libertarian publication, Faith and Freedom, Patric explained that he lived such an austere lifestyle because he wanted to remain independent from government assistance, and wanted to avoid, as much as possible, giving the Federal Government any of his money. These attitudes would be echoed in the years to come in his dealings with the press, and local government employees. 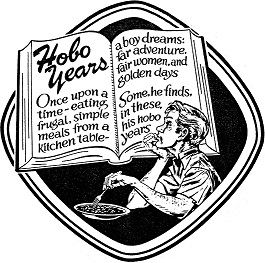 In the late-1950s, Patric moved back to Snohomish, citing family issues. Patric had long believed that Snohomish was a troubled town plagued by corruption, so he wasted no time in making his opinions known. With the aid of a typewriter and a hectograph purchased at a local pawn shop around 1957, Patric began producing a newsletter originally called The Snohomish Free Press; it was during this time that Patric started occasionally adopting the pen name Hugo N. Frye (you go and fry).  The publication schedule, according to the masthead, was “Whenever John Patric has anything to say.” Not surprisingly, editions came out pretty regularly. During his tenure at the Free Press’s helm, Patric went to war against a variety of individuals and institutions, from members of local law enforcement, to the United States Postal Service. For his efforts, Patric attained the status of pariah in many eyes, and endured physical assaults, destruction of his publishing equipment, and possible arson.

Most notably, in May of 1958, Snohomish Police Chief Clarence Boyd charged John Patric with mental incompetence, which resulted in his involuntary commitment in Northern State Hospital in Sedro-Woolley, Washington. Patric was detained for four months in the hospital and the Snohomish County jail, until he was granted the right to defend himself in a trial to prove his sanity. The proceedings of this trial are the topic of a series of podcasts produced by the Everett Public Library, which can be found on this site. Patric managed to successfully defend himself in court, and after ten minutes of jury deliberation was declared sane and freed. This was far from being Patric’s last brush with the court system; in 1975 he told the Seattle Times that he had been to court no fewer than 67 times for a variety of offenses. 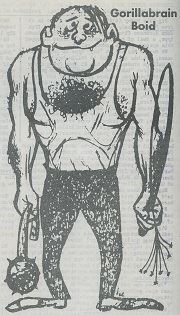 In addition to courting trouble with the law, Patric also had a passion for running for office. During his time in Washington State, Patric unsuccessfully ran for dozens of public offices. Patric once joked with Seattle Times reporter Rick Anderson that he “not only didn’t run for office, he didn’t even crawl.” Patric’s purpose in entering numerous races, from school board to U.S. Senator, was that he felt that nobody could criticize public officials as bitterly as he did if they were unwilling to file for public offices themselves. Aside from filing the necessary paperwork and paying filing fees in loose change, Patric essentially did all that he could do to lose each race he entered.

Life continued for John Patric in this vein until the mid-1980s, when his health began to decline. Despite his strong dislike of accepting aid of any kind, he eventually had to enter a nursing home. At 83 years old, Patric contracted pneumonia after having a bad fall. He passed away on September 27, 1985; 27 years to the day he had been declared legally sane. John Patric’s cremated remains are buried in the Snohomish Grand Army of the Republic Cemetery; his tombstone bears the following inscription, complete with printer’s pun:

To find out more about John Patric’s life and writings visit our digital collection, and explore the podcast series below.